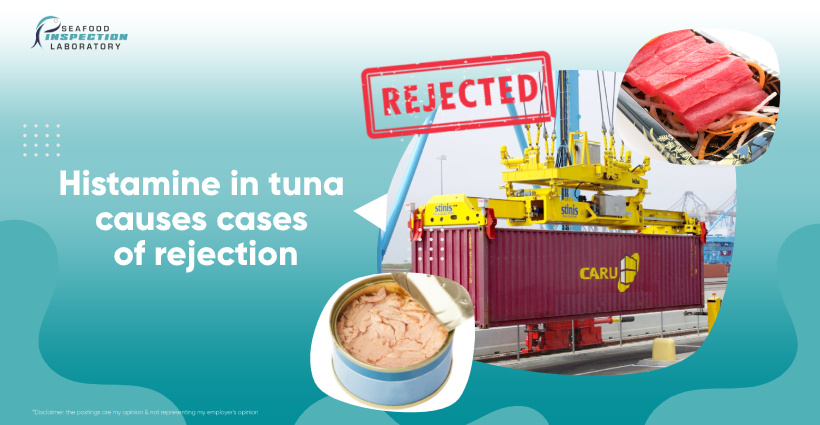 So, what is histamine ? Histamine could be used as an indicator to detect early stage of decomposition, hygiene & mishandling. If fish/ tuna is mishandled in warm temperature, it could easily build up chemical compound called histamine. Histamine in fish could be tested in accredited laboratory or using test kits to check its ppm level. The higher the ppm result, the higher is the decomposition level. That is why in order to check the freshness of fish, usually inspectors would use histamine as an indicator.

Histamine in tuna exports is an important parameter. The presence of histamine in tuna must be considered, because high histamine will cause export rejection by the destination country. Then, what causes the increased histamine content in tuna? Let’s find out

The causes of increasing Histamine in tuna

Histamine in tuna increases due to errors in handling and processing process. One of the causes is the process on the fishing boat. If the fisherman mishandles the freshly caught tuna, the histidine in tuna can be converted into a toxic compound called histamine. Histamine usually increases at high temperatures. High level of histamine in tuna is usually harmful to consumers’ health. This inadequate handling process could cause tuna rejection problem in importing countries. This export failure will increase costs and make exporters lose a lot of money. The study of Ibnu Affiano said that the cost of reducing the temperature of tuna is expensive. Therefore it poses the risk of improper handling that can lead to high histamine content in fish/ tuna. Histamine forming bacteria are naturally present in the gills and intestines of fish. Then, how do you deal with histamine problems in tuna?

How to slow down the formation of histamine

For the fish/ tuna to pass the custom import check, exporters must carry out laboratory testing on a list of microbiology, chemical & heavy metals parameters. One of the important parameters is histamine parameter. Other than laboratory, exporters could also test tuna histamine using test kits such as Veratox Histamine and Reveal Histamine. BaliSeafoodLab could offer you free training on the histamine test kits. 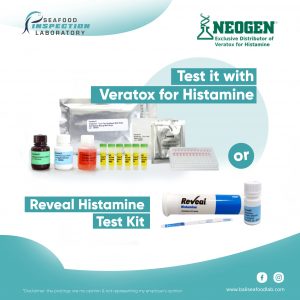 After laboratory testing, the results of the histamine test in certificate of Analysis will show whether the tunas/ fishes have met the histamine limit or not. If it meets the standards, exporters can proceed to export the products. This histamine test could help exporters to avoid container rejection in destination countries. Therefore, it is very important to test histamine prior to exporting. Only histamine testing result will proof if the tuna handling, storing or other food safety processes are fruitful.

Finally, we now know that high histamine in tuna is one of the factors that causes container rejection. It is simply because high level of histamine is causing illness to consumers. It is very important to pay attention to how tuna is handled after being caught. The purpose is to keep the histamine level as low as possible. Laboratory testing is also very important as it could help to prevent container rejection in destination countries. So, if you are a tuna exporter, it is mandatory for you to know what causes the histamine in tuna/ fish and how to inhibit it. If you need laboratory testing and test kits for tuna/ fish, PT Seafood Inspection Laboratory provides both histamine testing services & histamine test kits. Let Us be your laboratory. 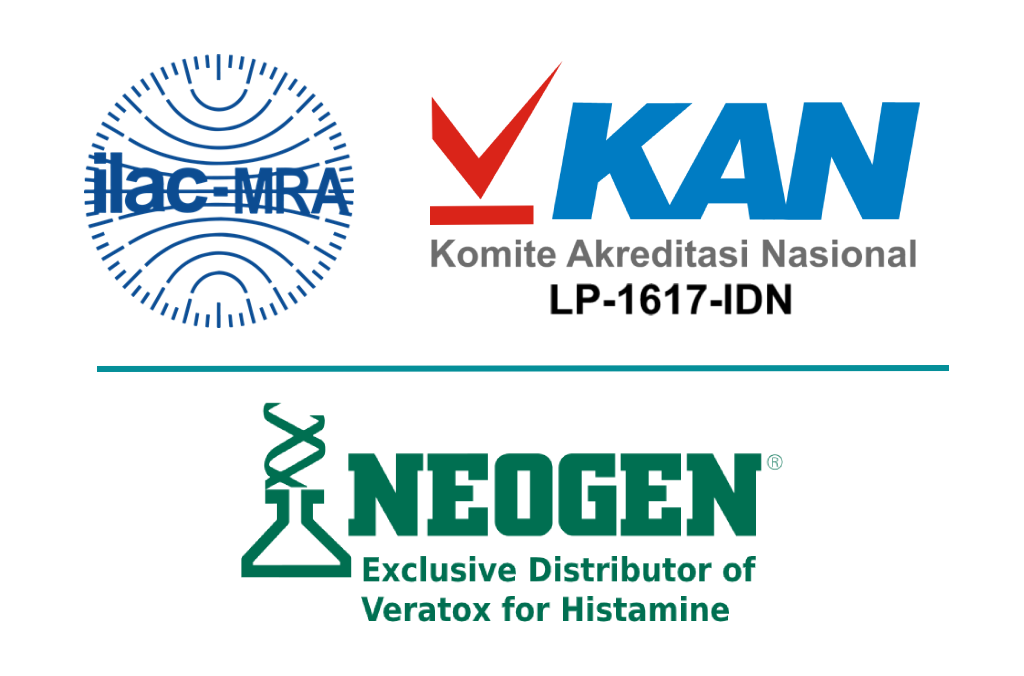